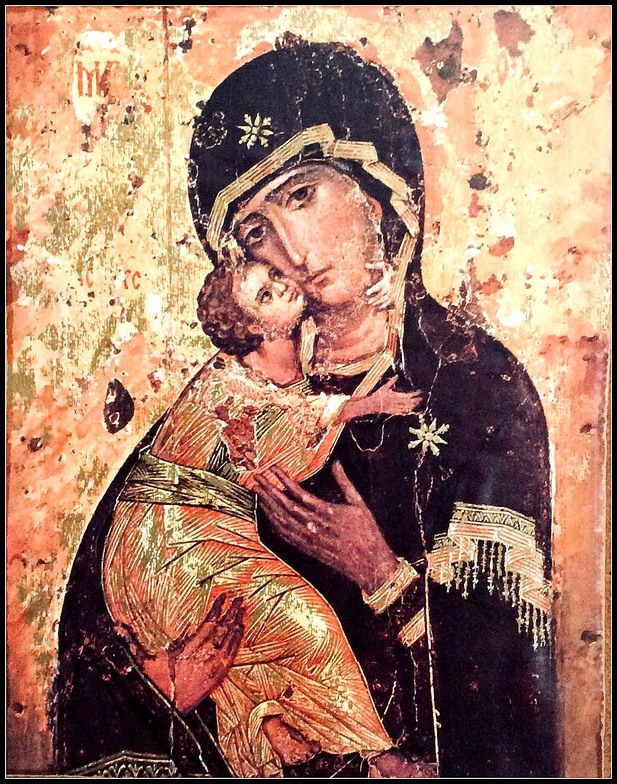 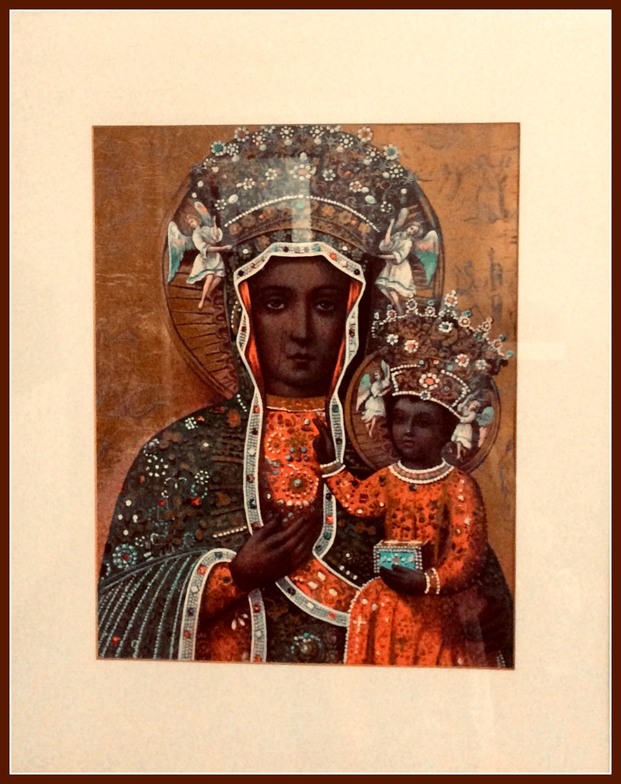 Many thanks to both Fr. Roger and Brenda D. for this loan. 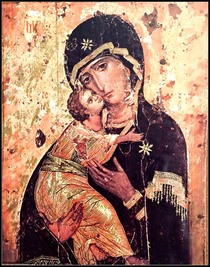 Our Lady of Perpetual Help

One legend, linked with the familiar picture of Our Lady of Perpetual Help, is reminiscent of Mary's never-failing solicitude. ......The story tells us that when our dear Lord was yet a small boy, He loved to play in the garden. On one occasion the Archangels, Michael and Gabriel, appeared to Him and held before His tender eyes the instruments of His future torture - the cross, the nails, the lance. The little Jesus, in terror, fled into the house and sought refuge in the arms of His Mother. In His haste the Child nearly lost one of His sandals. In this picture it is seen falling from His foot. ...

Thia picture is an ancient piece of art. Until the fifteenth century it rested in Crete, where it was venerated as miraculous..... 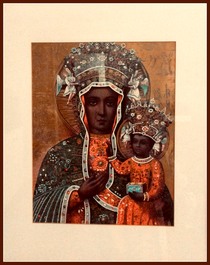 The Black Madonna of Poland

- Our Lady of Czestochowa and Jasna Gora

(Called "Black Madonna" from the soot residue that discolors the painting. The soot is the result of centuries of votive lights and candles burning in front of the painting.)

The Black Madonna is a painting of the Madonna and Christ Child which legend states was painted by St. Luke the Evangelist.

St. Luke is believed to have used a tabletop from a table built by the carpenter Jesus.

It was while Luke was painting Mary that she told him about the events in the life of Jesus that he eventually used in his gospel.

This same legend states that when St. Helen went to Jerusalem to search for the true cross in 326 AD, she happened upon this portrait of Our Lady. She gave it to her son, Constantine, who had a shrine built to house it.