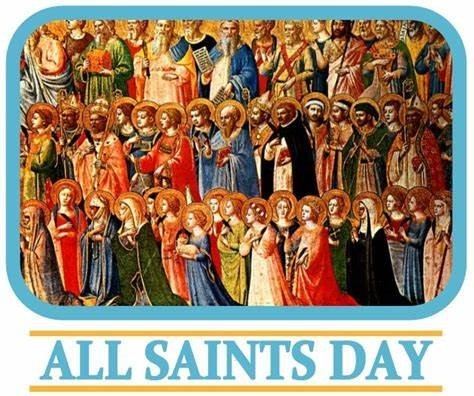 The latest Census Report cites a statistic regarding the % of people in Canada identifying as religious, with 52% of the people identifying themselves as having ‘no religious or spiritual practice’ in their life.

In this category, British Columbia has among the highest %, and the city I live in (Nanaimo) identifies as having the highest with ‘no spiritual practice’ in life, at 62%.

This is not really a positive note for this week, as Christians celebrate ‘All Saints and All Souls.’ This celebration begins with All Hallow’s Eve. Sorry folks: it is NOT Hallowe’en for the Christian Community.

As well, this morning I woke up to the radio announcing that there is a push (lobby group) wanting to move Hallowe’en to the last Saturday in October.

Allegedly, part of the reasoning here is that children would have 24 hours to process all that sugar. (I did not understand this to mean that the children would not eat any of their “loot” for at least 24 hours after their consumption on Hallowe’en night!!)

There is hope for BC, at least in these stats.

A bit of Hallowe’en History:

For the Celts, this was/is one of the most celebrated feasts of the year. (The day corresponded to November 1st on the calendar in use today.)

In the Sixth Century, Pope Gregory the First sent a letter to Bishop Mellitus, with the suggestion that pagan holidays, essentially, be converted into ones that serve a Christian purpose.

One of the holidays chosen was Samhaim.
Hence, today we have All Saints’ Day on November 1st. This feast day falls each year right after All Hallow’s Eve, October 31.

In some Christian circles, it is a night to keep vigil—praying and fasting—in honour of all the saints (particularly those who may not have a specific day on the calendar). This vigil is much like the Great Vigil of Easter, on the night of Holy Saturday.

I encourage each of us to take a stand on keeping All Hallow’s Eve on October 31st.
If there are those who wish to go out on the Saturday prior for the sole purpose of collecting candy, fine.
Then we, as Christians, might be able to maintain the focus of October 31st -where it properly resides- in the life of the Christian community.