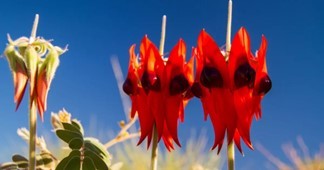 'They shall grow not old, as we we that are left grow old:
Age shall not weary them, nor the years condemn.
At the going down of the sun and in the morning
We will remember them.'

When diplomacy and negotiation have come to an end, when hatred and revenge rise strong, when respect for the other has been lost… humankind finds itself confronted with war. Despite the trauma of the wars of the twentieth century, the horrific loss of life and the devastation of lands and peoples, we find ourselves facing war again and again—not least of all as we watch what has unfolded in Ukraine in the past months.

We find our hearts torn with the agony of lamenting the dead and wounded who, on behalf of others, served, and serve, in the Armed Forces.
We lament the trauma inflicted on those who were able to return home, never the same again.
We lament the incapacity of humanity to find other peaceable solutions to our differences and needs.
We remember with grief.
We remember all places of war and conflict past and present.

A few days ago, Canada marked Indigenous Veterans Day (November 8) for those who served faithfully on behalf of a country that then denied them the same benefits and supports as others who returned.

We remember their service and sacrifices, lamenting the policies of our country that discriminated against them.

In Australia, the service of First Nations people is remembered with the flower called, Sturt’s Desert Pea, a symbol of peace and reconciliation, in light of those who died during colonization and subsequent wars.

At the Lambeth Conference in summer 2022, bishops from Australia shared the desert pea symbol, and a poem which included the following:

'Now flowing in the country’s heart
The pea flower tells
Of dead who lie and cry goes up
First nations’ blood soaks and grieves our soil
Fiery memory lost to shame.

Bravely now with trembling hands
We must pluck the poppy with the pea
Whose battle song line
Must needs be resurrected from lost to love
Uncover, uncover with the red
The bloody truth of our dead
In Australian fields.'

Today, on November 11th, let us remember and lament the cost of war—the dead and wounded; the traumatized; the legacies that did not heal; the legacies of Indigenous veterans and the injustices that surrounded their service—and let us commit ourselves once again to our call that is at the heart of our life as Christians: the call to reconciliation, healing and hope.

'All this is from God, who reconciled us to himself through Christ, and has given us the ministry of reconciliation; that is, in Christ God was reconciling the world to himself, not counting their trespasses against them, and entrusting the message of reconciliation to us.'