"Zoom" in as Rev. Wally Eamer discusses the Territorial Acknowledgements we use in gatherings.
Thursday, June 17, 2021
7:00 - 8:00 pm
This event has already occurred 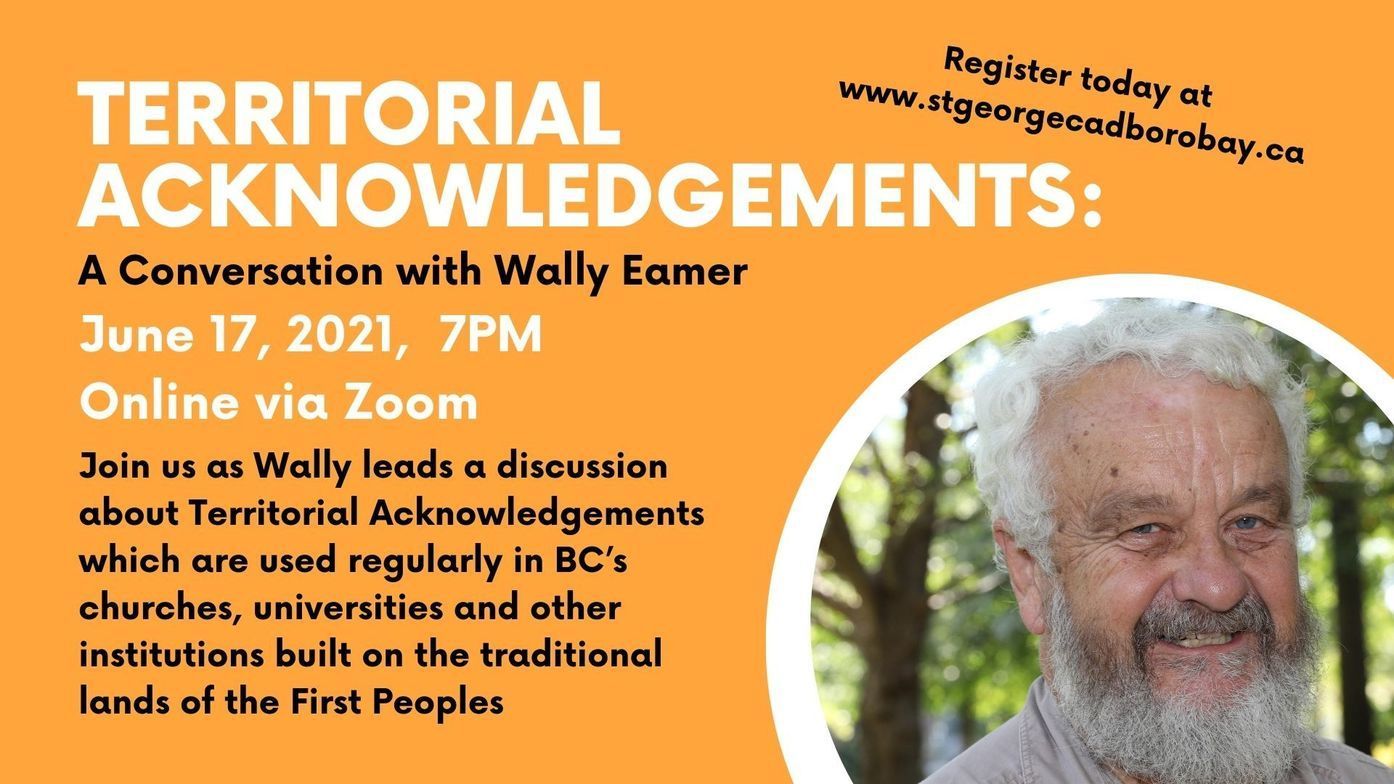 Save to your Calendar

“In 2002, Wally Eamer took a job that no one really wanted: To broker peace among logging companies, environmentalists, First Nations and the government of British Columbia. These groups had been in conflict over the future of BC’s forests for decades and had grown bitter.

There was little hope of resolution. But within 4 years, Wally and his fellow negotiators hashed out a tentative way forward, and—a decade later—the agreement was finalized, and celebrated, by everyone involved.

Born in Nanaimo, raised in Port Renfrew and Ladysmith, Wally (BA History, MBA), helped to establish the Great Bear Rain Forest; working first with the BC government and then with the Nanwakolas Council.

Join us as Wally leads a discussion about Territorial Acknowledgements which are used regularly in BC’s churches, universities and other institutions built on the traditional lands of the First Peoples.

Our Diocese During the Pandemic In-Person Worship To Start Again! 215 Children - 215 Chimes